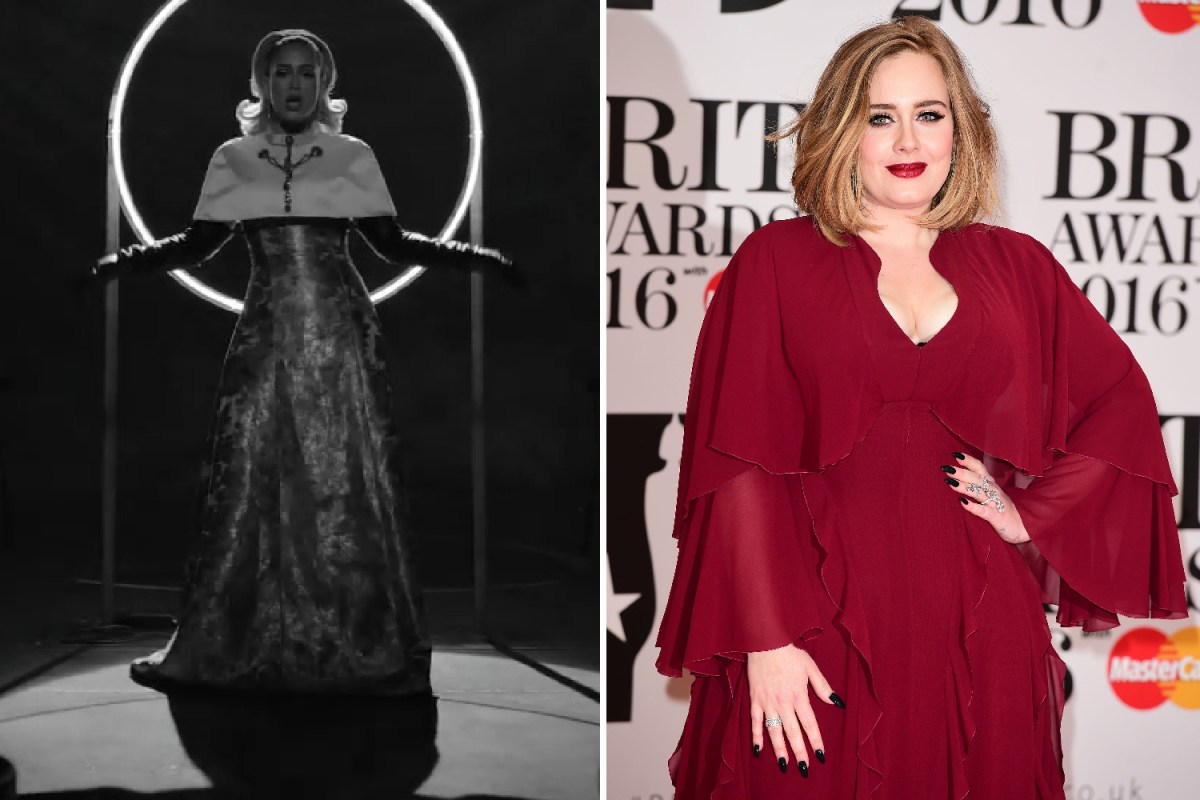 ADELE has revealed her tiny waist after her stunning seven stone weight loss in her new Oh My God teaser video.

The 33-year-old Brit looks to be channelling Lady Gaga in the 15-second clip as she emerged from the dark in a beautiful figure-hugging dress.

Lit up by what looks like a giant selfie light, Adele stylish outfit is revealed featuring a floral dress, long gloves and a white cloak.

The full video is released on Wednesday and Adele teased on Instagram: “Rested and Re-Set! Feeling ready for 2022, there’s so much coming, I’m excited for you all to see it x.”

It’s been a massive year for Adele with her comeback album 30 the biggest-selling of the year in the UK.

And she recently snapped up Sylvester Stallone’s former home in the States for a whopping £42million.

To top it off she found love with sports agent Rich Paul and performed a star-studded Audience With at the Palladium.

She has also transformed her body, which has been dubbed the ”glow-up of the decade”.

The star surprised everyone on her 32nd birthday with an impressive weight-loss journey, which she shared on Instagram.

After going through a divorce in late 2019, the mum-of-one claimed she wanted to become healthier for her son.

‘“She got to the point where she didn’t feel great.

”She knew she had to change something, because she wants to be the healthiest mom possible,” a source told PEOPLE.