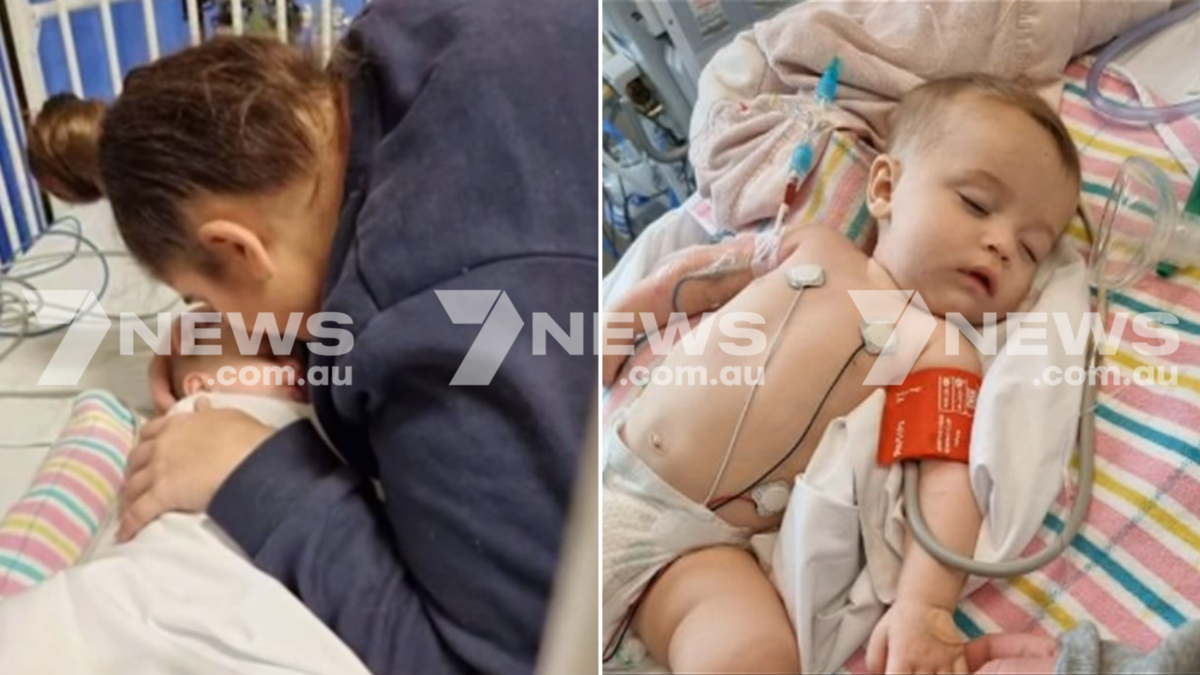 An Adelaide mum who almost lost her baby to meningococcal has spoken about the ordeal, amid a surge of cases in South Australia of the disease.

Klemzig woman Keira Hanson says she was preparing to say goodbye to her daughter Sophie in April.

Just four months old, Sophie was induced into a coma for two days after she suffered an almost hour-long seizure while battling the illness in hospital.

“When they put her into that coma … my little four-month-old daughter didn’t look like my child,” Hanson told 7NEWS.

“She had all these things connected to her.

“Every day, I felt like the doctors were going to come in and tell me, ‘Keira, I’m sorry’.”

Sophie had been suffering from bronchiolitis, but her grandmother took her to hospital when her condition deteriorated.

An eagle-eyed doctor noticed a freckle-sized pink dot on the girl’s leg.

The family frantically went through photos of Sophie to see if she was born with the mark.

The dot turned out to be the start of the meningococcal rash.

“That doctor seeing that dot on her leg saved her life, because if we went home she would have died for sure,” said Sophie’s grandmother Jeannette Hanson.

“She’s my little miracle. What she went through was a nightmare.”

The family is aware Sophie may not be completely out of the woods, and could have suffered undetected brain damage during her illness.

On Tuesday, SA Health informed a seven-month-old girl was in a critical condition having been diagnosed with the serotype W strain of meningococcal.

“I just hope she comes through it and if her mum is listening to this just know she is in the best care.”

South Australia has had 11 cases of meningococcal this year, compared to five overall last year.

Vaccination for meningococcal is scheduled for children when they reach 12 months, per the National Immunisation Program.