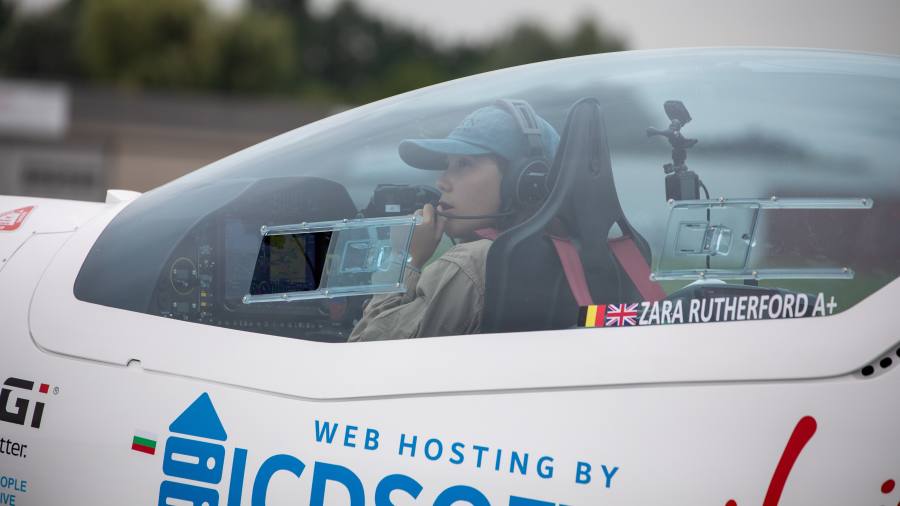 Nearly five months ago, when she took off from Belgium to fly around the world, 19-year old Zara Rutherford had a bad feeling: what if she got stuck in northern Russia, where there are barely any people and even fewer English speakers?

Now, as the Anglo-Belgian pilot prepares to return to Europe and complete her mission, the month she had to spend in far-east Russia doesn’t even rank as the scariest of her experiences so far. There was also the time she flew too close to a thunderstorm near Singapore and a lightning strike made her heart skip a beat. Or when she had to make a nerve-racking detour over the Sea of Japan, because China refused to let her fly in its airspace due to Covid-19 restrictions.

“It’s been amazing but very difficult,” Rutherford said in a video call from her hotel room in Dubai earlier this week where she arrived from Mumbai after a trying eight-hour flight, spent mostly incommunicado and struggling with poor visibility.

She is scheduled to complete her 32,000-mile, 31-country tour and land at Flanders Airport in Kortrijk on January 13, an arrival that will break two Guinness World Records: the youngest woman to fly solo around the world and the first woman to circumnavigate the world in a microlight aircraft. She will also be the first Belgian to fly around the world alone.

Rutherford has struggled against bad weather throughout the journey. There were the freezing clouds in far-east Russia — so icy they could make her plane fall out of the sky. In the Philippines, she had to race against a typhoon that was ravaging the region. But even in the United Arab Emirates, usually sunny and dry this time of the year — thunderstorms and record rainfall greeted her, forcing her to land at Al Ain, 70 miles south of Dubai, her planned destination.

Her tour — setting off from Belgium in August and flying west over to the UK, Greenland and the US — has suffered more than two months of delays. After arriving in Nome, Alaska, at the end of September she was forced to wait a week for her Russian visa to be renewed. By the time her passport arrived back from the Russian consulate in Texas, the weather had turned and she had to wait another three weeks before she could cross the Bering Strait, time spent in part carrying out maintenance and making online college applications.

She was then forced to spend November in far-east Russia, waiting for a weather window to fly out of Ayan, a town of just 800 people, where nearly nobody spoke English, the snowstorms were strong and the WiFi non-existent. “I considered potentially postponing until spring or summer, but actually it wouldn’t have made things much easier,” she said.

The daughter of two pilots, Rutherford got her private pilot’s license at 17. While finishing her high school studies, she secured several sponsors for the trip, including Virgin Group and Shark Aero, the plane manufacturer that lent her the aircraft at no cost.

The Slovakia-made plane can reach up to 300km/h and has fuel for a maximum of 12 hours, but with just one engine it has to steer clear of long stretches of ocean as much as possible. Also Rutherford lacks the qualifications to fly by following instruments alone, so must avoid flying at night or in clouds.

“Clouds for me are a really big problem,” she said. “In Russia, they were potentially life-threatening. As it’s quite cold there, water droplets will freeze on the wings. Eventually, the ice will stop the wings from doing what they’re supposed to do and give you lift. It’s a major cause of accidents, you just fall.”

During the six-hour flight to Seoul she kept nervously scanning the horizon for clouds and pondering whether she could fly to North Korea in case of an emergency or rather risk another three hours to reach Japan. At one point, as she was flying too low for air control towers to pick up her radio signal, a KLM pilot helped her out to relay her message.

Holidays were non-events for her. She spent Christmas Eve self-isolating in a hotel in Singapore, followed by a day devoted to fixing her plane’s flat tire, and she was fast asleep in a Mumbai hotel bed when the New Year countdown happened.

On the upside was the chance to make connections that will last “for the rest of my life”, to spend time in remote Russian and Alaskan communities only accessible by plane, and, while in the US, to look from her cockpit window and see a SpaceX rocket launch.

“It definitely feels like an adventure,” she says. “I’m grateful that I got to experience it, but I’m also grateful I’m going home.”