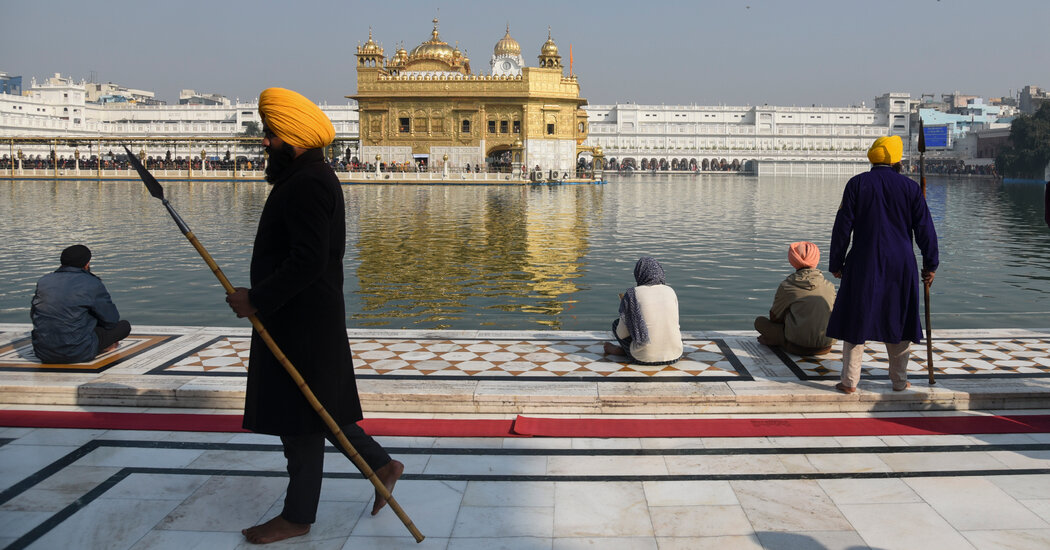 Two people were lynched over the weekend in the northern Indian state of Punjab after they attempted to carry out acts of sacrilege inside Sikh temples, including one at the religion’s holiest site, the authorities said.

Similar episodes of sacrilege have been reported in recent weeks across Punjab, a Sikh-majority state in India where tensions were already running high amid the backdrop of elections early next year.

The first mob attack took place on Saturday when an unidentified man stepped inside the sanctum sanctorum of the Golden Temple, the holiest shrine for Sikhs, in Amritsar.

Videos of the episode, which have circulated widely, showed a man with a yellow cloth tied to his head jumping over a golden railing into the enclosure where the Guru Granth Sahib, the holiest book of Sikhism, is kept.

Witnesses said he picked up a diamond-encrusted sword and tried to hit the holy book, which is considered a sacrilege. Temple caretakers stopped the man, who has not been identified, and were taking him to a manager’s office when the mob intercepted them and beat him to death, they said.

On Sunday, another man was beaten to death after devotees said they found him disrespecting the Sikh flag by tearing it apart in the Gurdwara Sahib temple in Kapurthala, another district of Punjab.

Witnesses said the man, who also has not been identified, was taken into custody by the police, as angry Sikhs demanded that he be questioned immediately and in their presence. As tensions rose, they said, the group then overpowered the police and beat the man severely. The police took him to a hospital, where doctors declared him dead.

Gurinder Singh Dhillon, the top police officer in the Jalandhar region, where the temple is, said that when the police caught the man in the Kapurthala district they were overpowered by an angry mob.

“There were no visible signs of sacrilege at the Gurdwara Sahib,” Mr. Dhillon said, referring to the Sikh temple. “We have registered a case and are investigating the matter.”

After acts of sacrilege in the past, Sikhs have complained that the regional government, led by the Congress party, has failed to address the issue adequately, prosecute those involved or prevent similar episodes.

The regional home minister, Sukhjinder Singh Randhawa, said that a special investigation team would investigate the episode at Amritsar and that a report was expected within two days.

Mr. Randhawa said he had directed the police to strengthen security at all religious sites in the state of Punjab.